Would you like to switch to the accessible version of this site?

Don't need the accessible version of this site?

Who Neurofeedback Can Help 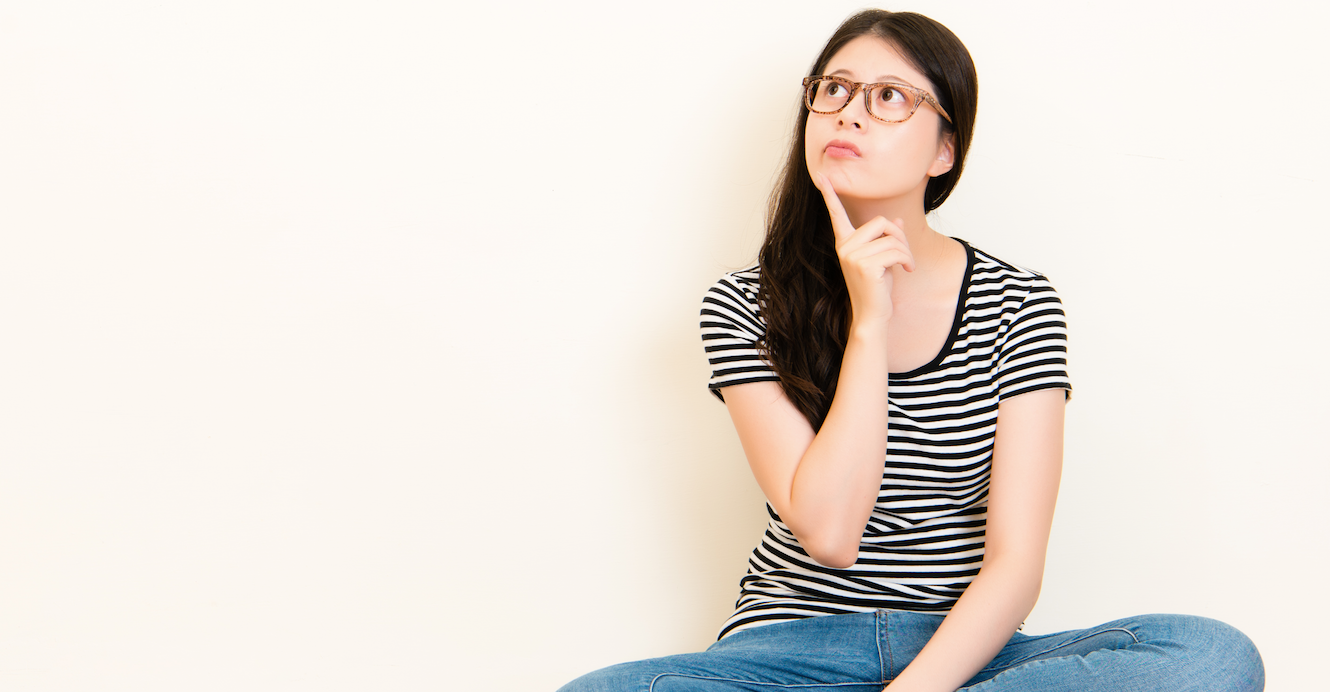 You may be asking yourself, is neurofeeback right for me? This advanced technology offers many benefits for adults and children alike and can help manage symptoms of ADHD, memory loss, and much more. Neurofeedback can also be beneficial for those who would like reach their best self by using training for cognition and mood improvement!
Keep scrolling or contact us today to set up a free phone consultation to see if our neurofeedback plans are a good fit for you!

Performance Enhancement (Your BEST Self)

Neurofeedback for performance enhancement is aimed at improving both cognitive and behavioral functioning. The neurofeedback training program uses positive reinforcement to reward the brainwave patters that are favorable. This program may enhances memory, intelligence, mood, and athletic performance. Using sounds and visual stimuli to reinforce certain EEG patterns, personal performance and skill sets may be enhanced.

Your brain has the ability to continue to adapt and reorganize itself (a concept known as neuroplasticity). Neurofeedback uses this phenomenon of neuroplasticity to help reorganize brain patterns that coincide with specific abilities such as comprehension, athletic performance, in addition to several other skills.

Wilson, V., Peper, E., Moss, D. (2006) “The Mind Room” in Italian soccer training: The use of biofeedback and neurofeedback for optimum 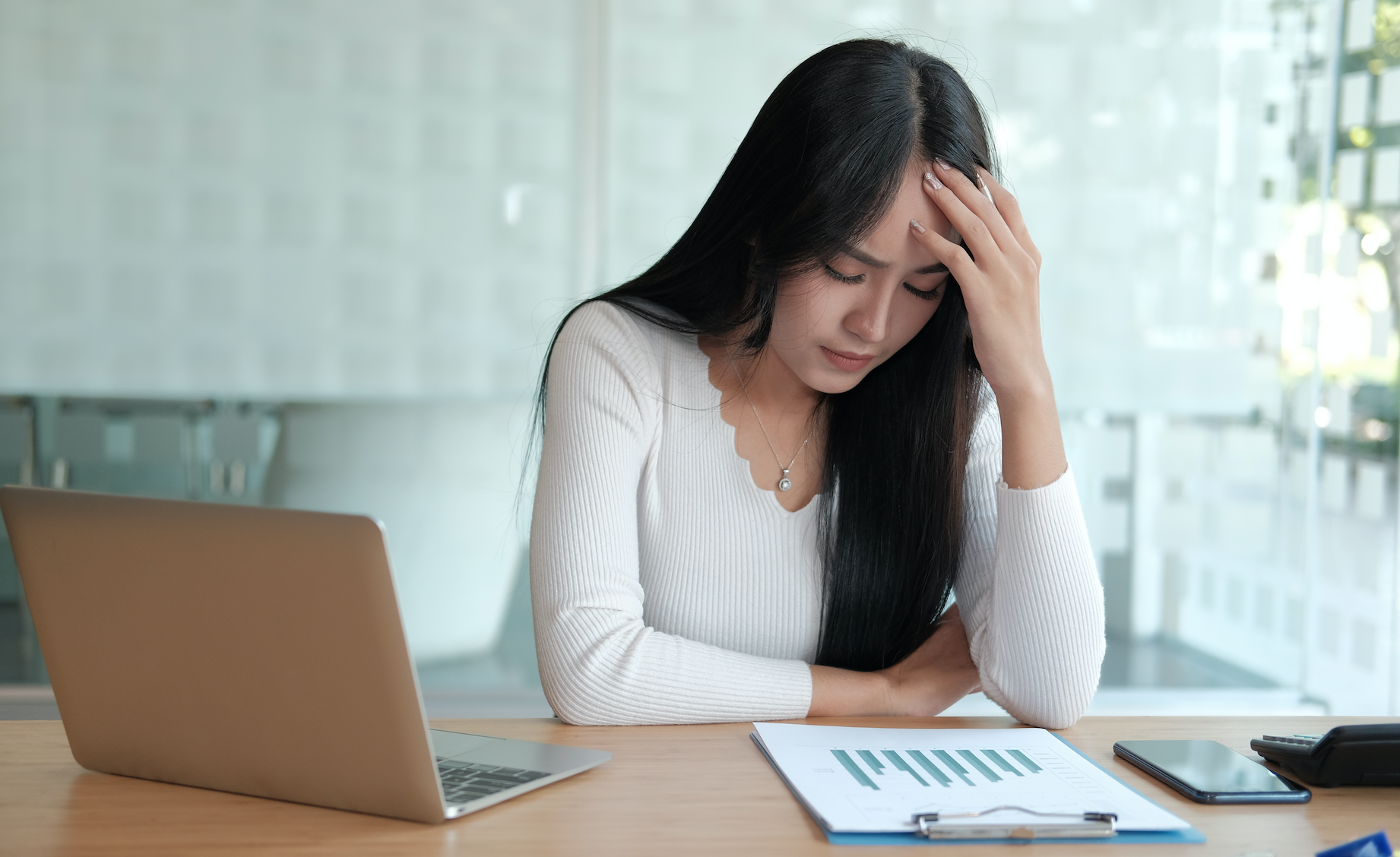 Anxiety has both emotional and physical effects on the body. It can be categorized by intrusive thoughts with an inability to set aside these thoughts. Those with anxiety may experience a rise in blood pressure, fatigue, shallow breathing, and palpitations. Emotional symptoms might include depressive moods, fear, and a feeling of being overwhelmed. This level of both emotional and physical effects on one’s body and mental state makes functioning in their daily lives incredibly difficult. Those who have anxiety tend to make decisions to avoid their triggers, which limits parts of their life that they can participate in. Anxiety impacts the amygdala and hippocampus. These brain areas cause inappropriate responses to certain stimuli.

The goal of Neurofeedback when treating anxiety is to guide the brain to produce balanced electrical signals, which yields a calm mind and body. This happens through rewarding the brain when an appropriate response to stimuli occurs.

Attention-deficit hyperactivity disorder is categorized in the DSM-5 as inattention, hyperactivity, and impulsivity. The strain that this disorder causes can inhibit everyday functioning, including the ability to pay attention in the work-life and maintaining relationships. ADHD causes a a disconnect between the prefrontal cortex and the basal ganglia. To understand the effects on a person who has ADHD, it is necessary to understand the importance of the roles that these brain areas have. The prefrontal cortex acts as a regulator for attention and behavior. Those with ADHD exhibit inattention due to the lack of functioning in the prefrontal cortex. The basal ganglia plays a vital role in attention and impulse control. Those with ADHD have lower volumes of ganglion, which seems to contribute to inattention as well in addition to a lack of impulse control. 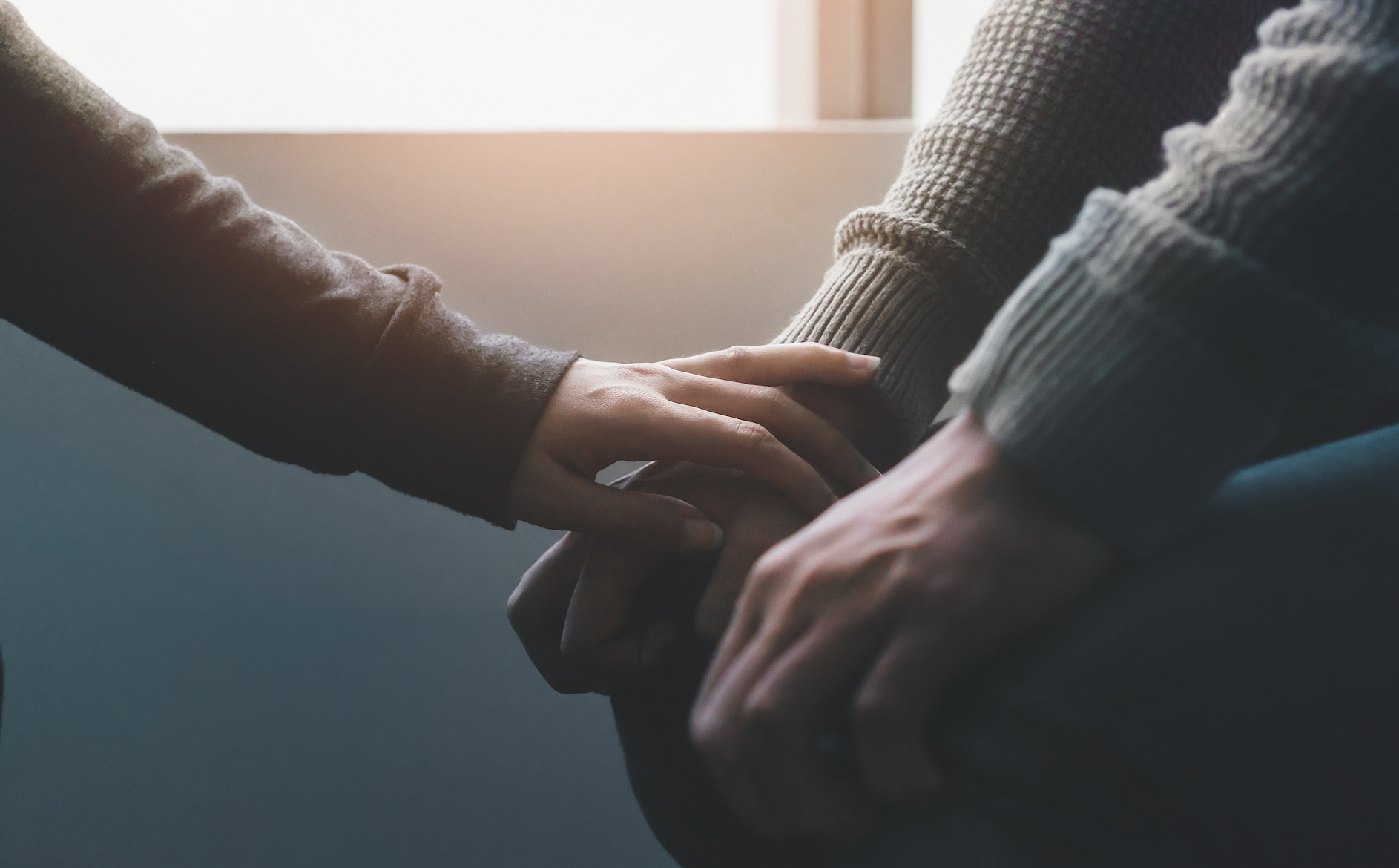 Depression is a mood disorder that is characterized as feeling sad, losing interest in normal activities, fatigue, and other various negative feelings. These feelings of sadness and hopelessness continue for at least two weeks, throughout each day. These insistent feelings make functioning in daily life nearly impossible. Relationships, school/ work-life, general health, and personal wellbeing suffer at the hand of this disorder.

Diagnosing depression involves a psychiatric evaluation and physical tests to determine whether a person’s symptoms are actually being caused by a different disorder. A person must have been experiencing symptoms for at least two weeks to be diagnosed with depression. Every case is unique and requires individual attention, but there are a number of effective complementary ways of treating depression, including: talk therapy, medication, and adopting a healthier lifestyle.

Depression has been linked to difference in the activation of the right and left prefrontal cortex of the brain.

Dr. R. J. Davidson (1992, 1995, 1998a), summarized a large number of EGG studies over the past decade, concluding that the left frontal area is associated with more positive affect and memories, and the right hemisphere is more involved in negative emotion. When there is a biological predisposition to depression, there is a frontal asymmetry with more left frontal alpha activity, meaning that the left frontal area is less activated. This means that such individuals may be anticipated to be less aware of positive emotions while at the same time being more in touch with the negative emotions that are associated with the right hemisphere.

In order to get these two areas to balance each other out, the brain must learn how to find this balance. Using neurofeedback, the brain can reorganize itself to create a balance or coherence; thus, mitigating these effects of the depression.

Neurofeedback has been found to be beneficial in the treatment of anxiety and depressive disorders.

In an extensive review of the scientific literature and his own clinical studies, Dr. Corydon Hammond, concludes:

use of this neurofeedback protocol results in significant, enduring improvements approximately 80% of the time

when patients have the frontal alpha asymmetry that reflects a biological predisposition to depression.

PTSD, or post-traumatic stress disorder, is a disorder that occurs due to a person experiencing a traumatic event. We might associate this disorder with soldiers who have gone through war; however, PTSD is common among physical and sexual assault victims, domestic abuse, those who have experienced a death in their family, and those who have had serious accidents. There are several causes of this disorder and they are not limited to first hand experiences to trauma, but rather any exposure to any traumatizing trigger.

Symptoms of PTSD include :

problems with anger management, and hypervigilance for danger

Avoidance Symptoms: inability to remember aspects of the event, extreme distress & avoidance of cues even remotely related to the actual trauma, & emotional numbing with difficulty feeling positive emotions and other negative symptoms that restrict daily functioning.

PTSD affects stress responses in the brain's Fronto-Temporal Limbic Network, specifically in the amygdala, hippocampus, and ventral-medial prefrontal cortex. Neurofeedback can address this network, thus adjusts the stress responses so that they return to a more balanced mode of responding under stress.

PTSD symptoms may be alleviated with eeg Neurofeedback training.

Dr. van der Kolk (2016) conducted a study investigating the effects of using eeg Neurofeedback on individuals that had experienced multiple traumatic events. He concluded that compared to the control group in the study, individuals with documented PTSD showed fewer symptoms of PTSD, as well they demonstrated reduced tension and improved emotional regulation after completing 6 weeks of neurofeedback training.

van der Kolk supported the idea that NF deserved further investigation for its potential to ameliorate PTSD and to improve affect regulation, and to clarify its mechanisms of action. 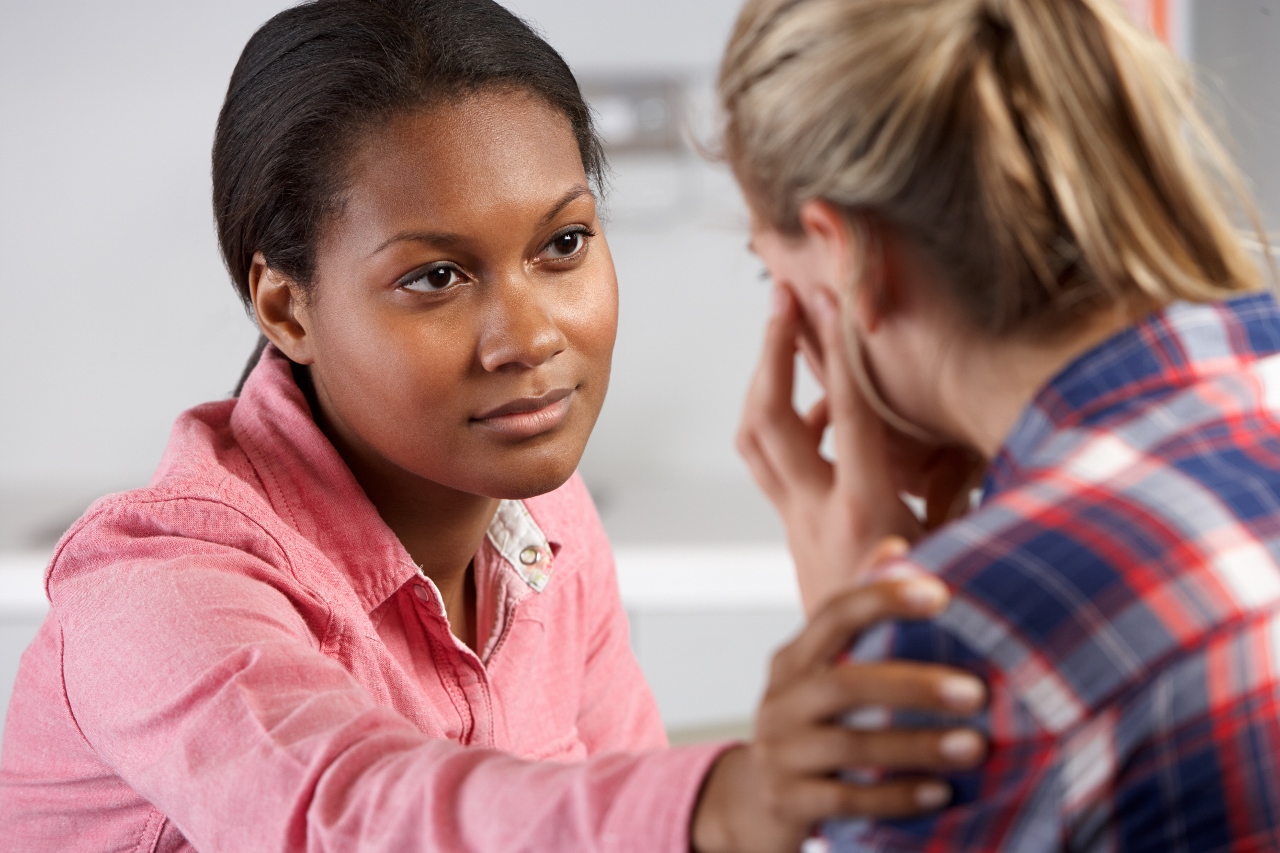 Recognized in the DSM-5 as a substance-related disorder, addiction is categorized as the dependency on a substance. While we might associate addiction with the use of drugs and alcohol, behavioral addictions such as sex and gambling are also common. Those that suffer from this disorder feel the compulsive need to use the substance. This compulsiveness is due to a dopamine release in the brain’s pleasure centers. Use of the substance rewards these areas of the brain, making the user feel like they need more.

If you can answer "yes" to most of these questions; we may be able to help you by utilizing specific neurofeeback programs that focus on training brain areas that pertain to sleep.